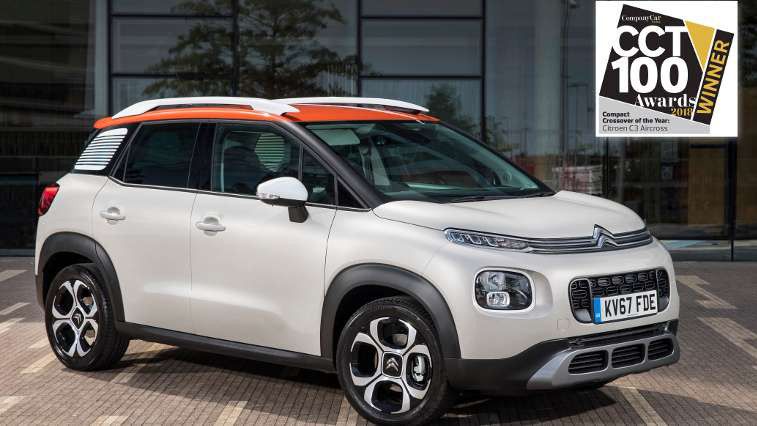 New Citroën C3 Aircross Compact SUV – which went on sale in the UK at the end of 2017 – beat off stiff competition to take the title ‘Compact Crossover of the Year’ in the first-ever CCT100 Awards. “The Citroën C3 Aircross has made a dramatic entrance into a rapidly-growing segment,” said Company Car Today Editor, Paul Barker. “A combination of great-value pricing, good looks, cost efficiency, clever design and practicality mean it’s a car set for big success in an increasingly important area of the company car marketplace.”

The Citroën C4 Picasso is no stranger to awards, having won a string of accolades since the current generation was launched in the UK in 2013. It continued its winning ways at the CCT100 Awards, sweeping its rivals aside to scoop the ‘MPV of the Year’ crown. “The Citroën C4 Picasso has proven itself to be an intelligent choice in a sector where practical concerns dominate decision-making,” said Paul Barker. “But it’s also the car with the most design flair and appeal, inside and out, without sacrificing any of the sensible elements such as emissions and running costs that make it such a compelling choice.”
The cookie settings on this website are set to "allow all cookies". This is so that we can give you the very best experience while you're on our website. You can adjust your cookie settings at any time in your browser preferences. Privacy Policy I understand